NVO Audio has always been in pursuit of audio perfection. Since high school, founder Andreas Hadjiminas could never settle with an audio system component that was satisfactory. Through ingenuity and perseverance he would find a way to perfect the unit, creating a work of art beyond expectation.

His strict standards are clearly carried through with the release of NVO Audio’s first product, the SPA-II Phono preamp. Delivering exceptional quality, each unit is tested and tuned according to the prototype to ensure that the final product is nothing short of perfection. Able to bring out the best qualities of any audio system, the SPA-II Phono preamp will demonstrate the impact that NVO Audio will have in the high-end audio industry. 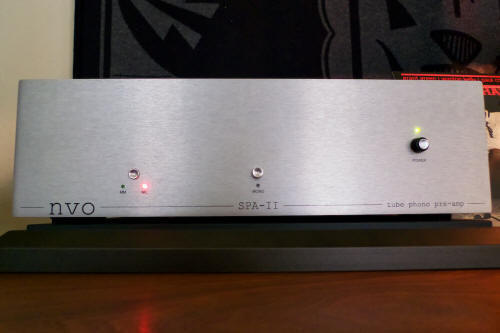 The layout of the SPA-II is really nice, with a front panel switch that allows you to select between circuits optimized for moving-magnet (MM) cartridges or moving-coil (MC) cartridges, a mono switch, and a power switch. Out back there are both RCA and balanced Neutrik inputs, RCA outputs, a grounding post, and two umbilical connectors that connect the main chassis to the outboard power supply. 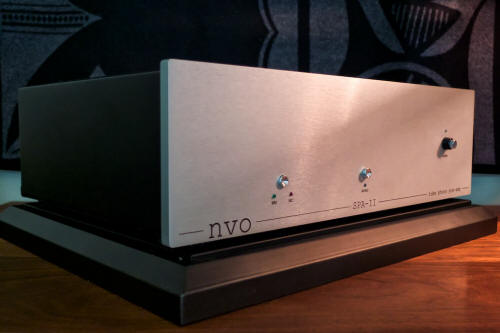 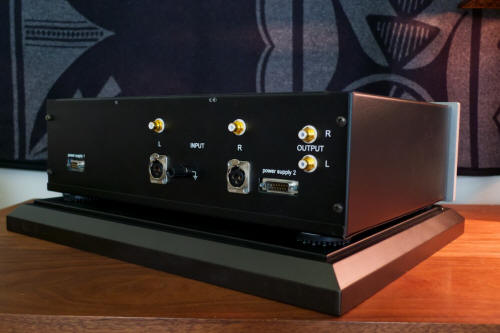 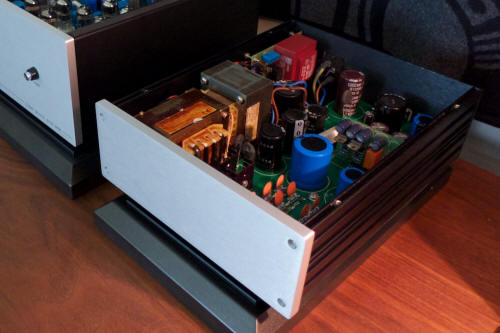 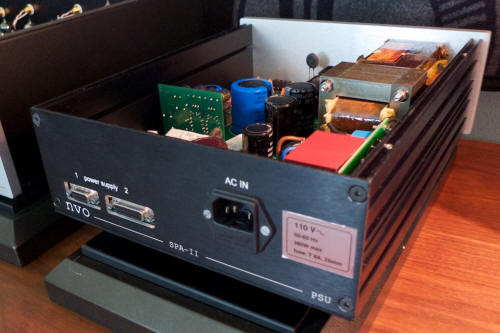 One of the nice things about the SPA-II having switch selectable circuits for both MM and MC cartridges, is you don’t have to worry about buying a separate step-up transformer plus an extra pair of interconnects for it to use with a MC cartridge, like you do with the Leben RS-30EQ I use as a reference. When you add up the costs of the Leben RS-30EQ phono equalizer ($2695 USD) with an Auditorium 23 step-up transformer ($995 USD), along with an extra pair of Acoustic Revive Single Core RCA interconnects ($1295 USD) necessitated by the step-up tranny, you end up with a total of $4985 USD, or $385 USD more than the NVO SPA-II asking price of $4600. From a cost standpoint I think the NVO SPA-II is a bargain for what you get.

Ok, so for this review, I worked on optimizing my Hi-Fi rig’s components & setup around the SPA-II to get what I thought was the best performance out of it according to my tastes. The best balance of performance on the musical content of recordings (timbre, melody, harmony, rhythm, etc.) and recording artifacts (soundstage, imaging, transparency, sense of recorded space, etc.) resulted from the following complement of equipment: an EMT TSD-15 moving coil phonograph cartridge mounted on VPI’s 30th Anniversary Classic 1 turntable, Sablon Audio Panatela interconnects connecting the VPI to the New Valve Order SPA-II phono preamplifier, Acoustic Revive Single Core interconnects connecting the SPA-II to the Leben RS100 line preamplifier, Tom Evans Audio Design interconnects connecting the Leben RS100 to the Sophia Electric 91-01 300B mono amplifiers using Sophia Electric Royal Princess 300B carbon plate vacuum tubes (which Sophia Electric was so kind as to allow me to keep as an ongoing reference after the review), a bi-wire pair of Auditorium 23 speaker cables connecting the 91-01 amps to my Tannoy Westminster Royal Special Edition loudspeakers. As for power cords, I plugged the SPA-II into the wall directly with an Acoustic Revive Power Reference power cord, a Sablon Audio Gran Corona (review to come) connected my VPI Classic 1 to an Acoustic Revive RPT-4 Ultimate Power Distributor, a Sablon Audio Robusto connected the Leben RS100 preamp to the RPT-4, which itself was plugged into the wall with another Robusto. The Sophia Electric 91-01 300B mono amplifiers were plugged directly into the wall courtesy of a pair of Sablon Audio Robusto power cords.

The reason I went into that in detail about associated equipment for this review is because I wanted to highlight that choices of associated equipment matters: you generally can’t just drop a piece of equipment into your system and expect to get the best out of it. Certain combinations of associated equipment brings out the best in one piece of kit, but not necessarily another. So what gets the best out of the SPA-II in my system (above) isn’t necessarily the same mix of gear that gets the best out of the Leben RS-30EQ phono equalizer. For the Leben RS-30EQ optimization involves adding the Auditorium 23 step-up transformer (because the Leben doesn’t have a separate MC stage), and another pair of Acoustic Revive Single Core RCA interconnects to connect to the A23. The Leben RS-30EQ really likes the Robusto power cord over the Acoustic Revive that I used with the SPA-II, and it likes the Acoustic Revive Single Core bi-wire speaker cables as well.

That makes it a little tricky when comparing an optimized setup for a SPA-II to an optimized setup for a Leben RS-30EQ, because they’re different, but if you don’t do that it’s truly an injustice for the manufacturers’ of the components being reviewed or compared. I’ll do my best to summarize the differences in what I’m hearing for you so you can get a comparative idea where things are when both are running in a top state of tune. 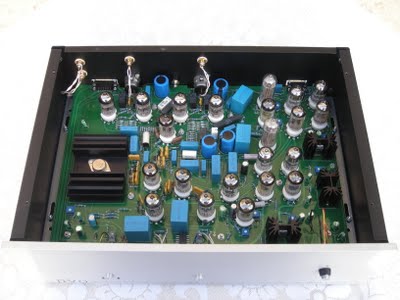 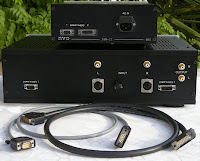 This entry was posted by AdminSOS.

This site uses Akismet to reduce spam. Learn how your comment data is processed.