“I am going to go out on a bit of a limb here, but the Bricasti Design M3 DAC is very probably The Shape Of Audio To Come. This clever design is incredibly flexible; starting as ‘just’ a high-performance DAC, the M3 can be configured with built-in streamer and/or headphone amplifier. Rather than either produce a slew of ‘similar-but-different’ products or force users down digital audio and personal audio pathways they might not want to take, the Bricasti Design M3 DAC lets you – the end-user – take control of what features you need and what ones you don’t. In an industry that prides itself on its ‘bespoke’ approach, it’s odd that such options are so rare that they take up the introduction of a review. Maybe the Bricasti M3 learned the ‘options’ game from its BMW namesake”.

S.I.N. Audio has create state-of-the-art, all-hand-made power distributors and power cables. In their experience, the importance of electric power distribution is very often overlooked by many audiophiles when building their audio systems.

Their belief is that the power cables and proper power distributor are equally important for the final performance of any audio system. Many serious music lovers often invest a lot of money in speaker and interconnect cables before starting to research and understand the impact of the power lines.

Record cleaning is a topic which can spark off some lively discussions among vinyl lovers. Some believe in it, some swear by it and some are definitely sceptical. I am definitely a believer and own a well-regarded record cleaner which has served me well for a few years. A thing of beauty it is not however, and it sits on a shelf in our office/study, to be used every so often when the mood takes me and I spend a morning in the rituals of cleaning. Once I have cleaned a record for the first time I slip into a new antistatic inner sleeve. It is a mystery to me why some record companies still ship their product in a coarse paper inner sleeve.

S.I.N. Audio is a very small boutique brand founded in Bulgaria in 2011 by Nikolay Kozev. S.I.N. Audio produces all types of cables but currently now only makes power cords, their specialty! Why electricity? SIN Audio (and SOS) passionately believes that when it comes to changes in the quality of the sound, the correct power cables and power distributors are of fundamental importance and far more important than any other audio cable in one’s system.

Unfortunately, this conviction has not yet established itself among many hi-fi / high-end friends/consumers. Correct power is without a doubt required in achieving the actual goal of natural musicality in one’s system.

After a large number of listening tests, S.I.N. Audio came to the conclusion that any type of active current treatment (filtering, regeneration, etc.) negatively affects the sound by restricting dynamics, impulse energy and the natural flow of music. The only way to eliminate vibrations, EMI and RFI is to use carefully selected materials, the best possible components, and a sophisticated and technically perfect assembly technique.

S.I.N. AUDIO calls this “Silent Background Magnetic Technology” or SBMT. This technology is why most audiophiles who have listened to a SIN audio power conditioner no longer want to be without it and describe the sonic result as the most natural and enjoyable that has happened to them.

Upon S.I.N. Audios 10th anniversary they have developed the PSD-10 as a limited “Anniversary Edition”. An SBMT core was installed inside, on the basis of which the already high performance could be raised to an even higher level.

SOS’s current PSD-6 Carbon Edition has been the best line conditioner we have heard in over 30 years, we can’t wait to get our hands (and ears) on the new PSD 10th Anniversary Edition.

To tweak or not to tweak. That is the question! For some, or rather for the growing crowd of audiophiles and music lovers, this is the question that with the rise of high-end audio accessories, is becoming more and more feasible.

Pure and natural, mild yet potent, Keith Monks discOvery™ delivers an unrivalled combination of deep cleaning, noise reduction and sound enhancement… and yet our unique recipes contain no alcohol and no artificial chemicals or additives at all. Nothing but pure natural botanicals and other renewable natural ingredients, all made entirely from plants and the purest triple filtered distilled water. Non-polluting, and completely biodegradable. Carefully blended and perfected from an original Monks recipe dating back to 1976.

Keith Monks discOvery™ is the perfect cleaning fluid for all your vinyl LP records, 45s, 78s and other shellac discs, and leaves absolutely no audible residue after vacuuming. Use discOvery™ on brand new unplayed discs as well as well-loved treasures, and just listen to the difference it makes.

Of course, as you would expect from Keith Monks, discOvery™ doesn’t just cut the noise either. The Keith Monks RCM’s reputation for sound enhancement as well as noise reduction is partly down to its ability to remove not just greasy marks but also just the right amount of mold release stamper oils (record pressing plants often use excess amounts to improve yield, but it muddies the sound) while still leaving a sufficient protective layer – perfect for brand new discs.

It is the improvements to the sound itself that has made the Keith Monks Record Cleaning Machine especially famous, and this has been constantly in our minds during the development of discOvery™.

Results of the new formula have been beyond our expectations: middle and upper frequencies sparkle with natural clarity, and the lower registers glow with previously unheard warmth and depth. Recordings become more open and detailed, with the soundstage dramatically improved overall. During tests listeners reported the sound appeared “wider, more panoramic” yet “completely natural, like listening to real instruments”.

Tested by the University of Southampton England, ‘planet friendly’ and affordably priced. Keith Monks discOvery™ performs in perfect harmony with all Keith Monks Record Cleaning Machines – naturally, as well as most other RCM such as Loricraft or VPI.

Now available from Sounds Of Silence for $49

The Bricasti M32 is the latest addition to the Bricasti line of power amplifiers. Formally announced at the 2019 Guangzhou Show, the limited production series M32 Platinum Series is Bricasti’s new flagship amplifier and is now available from Sounds Of Silence as of January 2021.

Based on the award winning M28 the M32 takes amplification to another level of performance. When compared, the M32 Platinum Series has more than 50% more current delivery than the M28; high current delivery, extremely low noise and distortion with lower power supply ripple.

The Consequence series is the flagship, and therefore the highest positioned in the offer of the Audiomica Laboratory brand. Its products are characterized by the most advanced design and the highest quality materials, used not only for the production of guides, but also insulators, not to mention the poles. This series uses the highest purity 7N OCC copper conductors and TPFE dielectrics, as well as extensive shielding systems. According to these assumptions, a digital interconnect flint consequence was also built.

An extensive shielding system, consisting of as many as six different layers, tightly enveding the entire length of the signal conductive core, proved crucial. It looks like the central solid core core, insulated with a fairly thick layer of flexible TPFE dielectric jacket, is encased in the first layer of the screen in the form of aluminum foil, covering 100 percent of the guide surface. The first screen is closed with the second screen on 90. percent of the surface. This time the screen is a copper braid made of thin copper threads. Then again we have an identical aluminum screen, again closed by a copper braid coat, but with a lower density – which in effect gives 70 percent opacity over the entire surface.

The whole is again insulated, but this time dielectric in the form of a PVC jacket. Then, as the last three layers, two copper braid screens were applied, covered with a white nylon mesh already visible from the outside.

Flint Consequence can be purchased either with RCA and BNC plugs, or in a mixed system, where there is an RCA plug at one end and BNC at the other end. The Flint Premium version also features a DFSS filter consisting of two ferrite cores, encased in an acoustics points POM-C AP50TM antistatic body made of polyoxymethylene copolymer.

Flint Consequence offers an authentic and above-average realistic message, based mainly on holographically presented space, but also faithfully reproduced dynamics while maintaining a equally distributed, throughout the reproduced frequency band, tonal balance. This digital interconnect combines the characteristics of a reference design that, in the case of perfectly ripped systems, will act as a connecting element for individual audio components, without the slightest damage to sound quality. The price of this cable, although not small, is fully justified.

Cons: At this price there is no.

Total: Flint Consequence works best in high-end ripped systems, where we are looking for additional reserves in the presented space and the most faithful representation of all technical aspects of sound.

Introducing Roon 1.8. “Welcome to an immersive new music experience. A new look, new intelligence, and new features, designed for the community of experts that call Roon home. Roon now has a fresh new visual design that takes its inspiration from the idea of the museum – an airy, neutral environment in which to display things of beauty. We also took cues from classic music magazines, using bold typography and innovative layout to bring music to life. Along with innovations in data presentation, Roon is now a joy to use.”

Keith Monks has been ” making records sound better” since 1969, indeed the company is famous for their machines being used by the BBC

As with the rest of Bricasti’s M Series of electronics, the M3 is fully differential and derives its technology from the flagship M21 D/A Converter.

With a rich heritage in the pro audio field, US brand Bricasti is paying closer attention to the high-end consumer market with this new, dual-mono pre/power combination

END_OF_DOCUMENT_TOKEN_TO_BE_REPLACED

Call SOS to make an appointment and come by with some dirty LP’s and have a listen.

Link below is user manual for Prodigy! 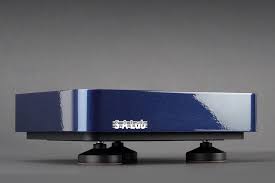 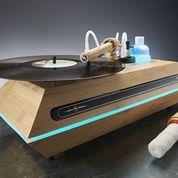